Five years ago I boarded a plane and flew to Miami Florida to run my very first Ragnar with 11 other very special people. It was the original From Fat to Finish Line team and none of us knew what to expect.

The group of us, about 1200 collective pounds lighter than we had once been was not only embarking upon a 200 mile Ragnar Relay Race but we were also being documented and filmed along the way.

As a producer, I expected to be more the one telling the story than someone being a part of the story. If you've seen the film, you know that wasn't the case. 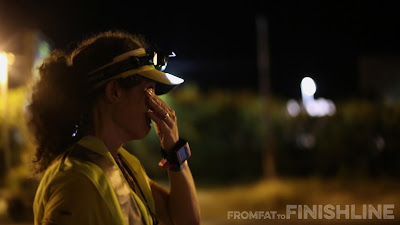 That experience. All of it. The people, the run, the film, has profoundly changed my life. 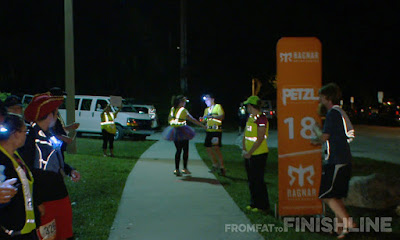 It was a tough race for me. Filled with both struggle and failing but also graced with the triumph of getting up and moving forward. I was also blessed with the gift of having the love and support of my team when things were falling to shit and I was falling apart. 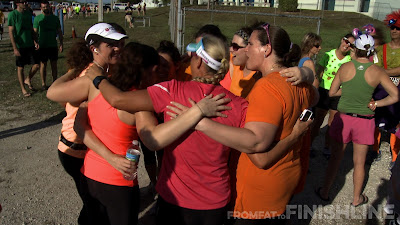 That experience was super significant for me and in a lot of ways really represents this whole other journey I'm on.

There are ups. There are downs. There are moments where you feel like you've got it all together and there are moments where you feel like quitting. Ultimately, though, there's only one way to the finish line. As long as you keep on moving forward - whether it's losing 100 pounds or crossing 200 miles - as long as ya keep moving, you (and I) will get to the finish line. There's just no giving up. It's OK to struggle and it's OK to have setbacks it's all apart of it.

And oh yeah. It doesn't hurt to have 11 other or 20,000 fellow teammates or tribe to help you get up when you're down.

If you haven't found our FFTFL tribe on Facebook, please join us here. We're there to help you when you're struggling and cheer you on in your successes. 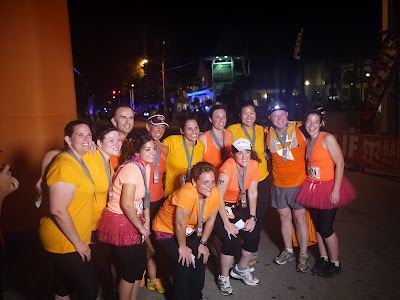 If you haven't seen the documentary film - please check it out. It was such an honor to be a part of that team and film. It's on Netflix, iTunes, Amazon and DVDs can be ordered directly from our store.

Email ThisBlogThis!Share to TwitterShare to FacebookShare to Pinterest
Labels: From Fat To Finish Line the documentary, Ragnar Florida Keys