I've become such a bad blogger but that's only because we are kicking booty and working so hard in many other areas.

Just thought I'd do a drive by and update you on some good stuff:

1. It's been slow and not-so-steady but the weight is slowly coming off. I'm back at WW and also using some of the tools at SparkPeople. Since December 27 I'm down 15 pounds and I'm about 7 pounds from my goal weight. I'm feeling good and my clothes are fitting better.

2. I've completed 30 days of no alcohol and super hydrating. I gave up the alcohol because I was drinking too much. Nearly every day I would look forward to a glass of wine (or if the day was particularly stressful) a martini. The fact that I was starting to 'count down' the minutes until wine-o'clock scared me and I just felt like it was undermining all the healthy things I've done. I have read that it takes 21 days to make a habit and 30 to really cement it. I'm at 31 days and feel really great. I don't miss the drinking and I think it's sped up my weight loss. I sleep better and wake up better. The super hydrating has been a win for me too. This has always been a place where I've struggled. My weight loss has been much better since incorporating both of these things. For the hydration, I've been using an app called Plant Nanny. Every time you drink water you 'water' your plant and it grows. Forget to water it and it gets sicks and dies. That's a lot of pressure. LOL. 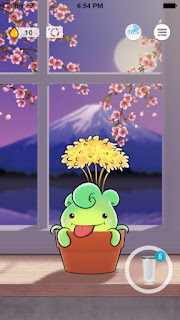 3. We are having a special From Fat to Finish Line Documentary screening in San Diego!  On May 23, 2016 we will be having a pre-release sneak preview screening at the Green Flash Brew Co.! I will be there, alongside our director Angela Lee and a few of the runners from the film. It will be a night of beer and cheer you won't want to miss. :) Please find all the details here!

4. The film will be released world-wide this summer! I will update with an official announcement as soon as I can.  If you don't know what the movie is about it's basically about 12 runners (moi included) that have all lost a lot of weight and team up to run a 200 mile Ragnar Relay Race from Miami to Key West. It's funny, emotional, and inspirational (if I do say so myself). We are proud of it. 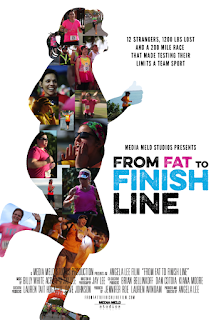 5. Don't forget to sign up here to get updates and news on the film, soon to be released running app, and more. :)

Hope all is well with you!

Do you have any special apps you use to help you drink water or get to your health goals?

Posted by Unknown at 9:36 AM No comments: