So I lose all that weight, I give up lots of favorite foods along the way, make all these (what I think are) positive changes and then I get smacked in the face with this annoying article:

Now I would've just chuckled this off if it hadn't been for the battling of the bulge I've been dealing with lately, despite my kicking up the mileage, so I decide to click and read the article. 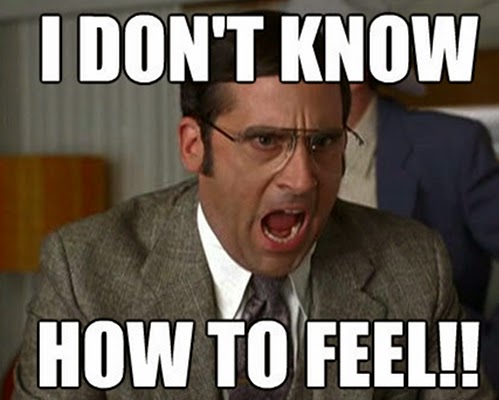 So the article says that not only will running make you fat but can kill you too. Terrific. I thought that mayonnaise was going to make me fat and kill me but apparently if you follow a paleo or Whole30 diet, mayo is your friend and now according to 'research' running the enemy.

My head is about to explode.

Somedays I miss the simple old days. I know some of the rules were wrong but for the most part everyone was on the same page. Eat less calories (even if it meant using a sweet and low or some other fraken food) and the more cardio the better. So simple. Not so much to wrap your head around. Not so much information to digest. It's just too much now-a-days.

My addiction to reading health articles on line is ruining my life.

Here's just a few of the million thoughts I've had recently:

I want to eat more broccoli, but crap I didn't buy organic so the toxins will keep me fat.
I thought I would try agave but then I learned from 2 out of 4 sources that it's no better than sugar.
I tried Whole30 because that camp says it's great and I have a few friends who've benefitted - it was  just OK for me but maybe I need to try again but what about all that fat?
Oh, maybe I should go plant-based because...
Should I just go back to Weight Watchers and point counting? Or maybe stick to the Simply Filling plan?
Then there's Isagenix - nah don't think I could do that and give up coffee
But research says coffee is good for you!
But this research says coffee is bad...
Ugh. Maybe I should switch to green tea - Yes! I'll have some green tea. Oh, but this isn't organic green tea. Wonder if it's OK?
I want to do strength training because muscle eats fat (or something like that.)
Oh I have to do core and hip strengthening because then my running will get better but...
I shouldn't run because it's going to back fire - and make me fat.

So there's the madness... It's just not simple.

For now I'm going to keep drinking coffee, loosely follow Weight Watchers, skip the mayo and keep the running because I'm happy there. Yeah, I'll add some strength training too. The broccoli may or may not be organic depending on my budget and the week.

Does your head want to explode with all the 'research' too?

The day of the 2014 NYC marathon lottery drawing started like it had for the last 3 prior years before. A feeling of hope, excited anticipation and desperate want filled my soul and getting that elusive golden ticket occupied my thoughts.

It's a day where I will obsessively check my email, NYRR account status and credit card statement dozens of times (I now know my AMEX number by heart) like a crack addict waiting to find out the location of my next hit and then the sinking, sickening feeling of getting no update, no obscene credit card charge to my credit card and the slow realization that this, again, would not be my year. The feeling of despair and (I hate to admit) envy as I saw people celebrating online like this:

And then the final, 'you're not in' nail was in the coffin upon seeing this message on the TCS NYC Marathon Twitter and Facebook page:

Well. There was no charge on my credit card, so no dice. I was crushed. Truly crushed. My fourth year trying to get in and I just knew I was getting in. But I was wrong. I was literally in tears and took to social media for a little consoling from my friends. 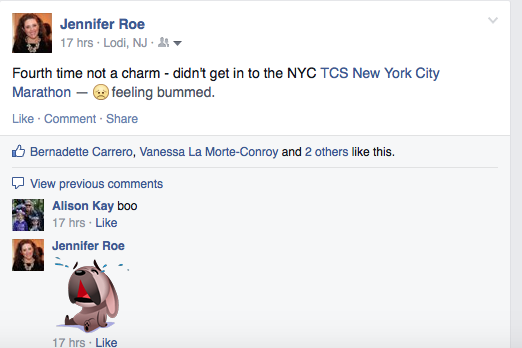 But then, somehow, a miracle happened.  A big fat, "Miracle on 34th Street" and the rest of the city type miracle because just as I was giving up my dreams this popped up in my email: 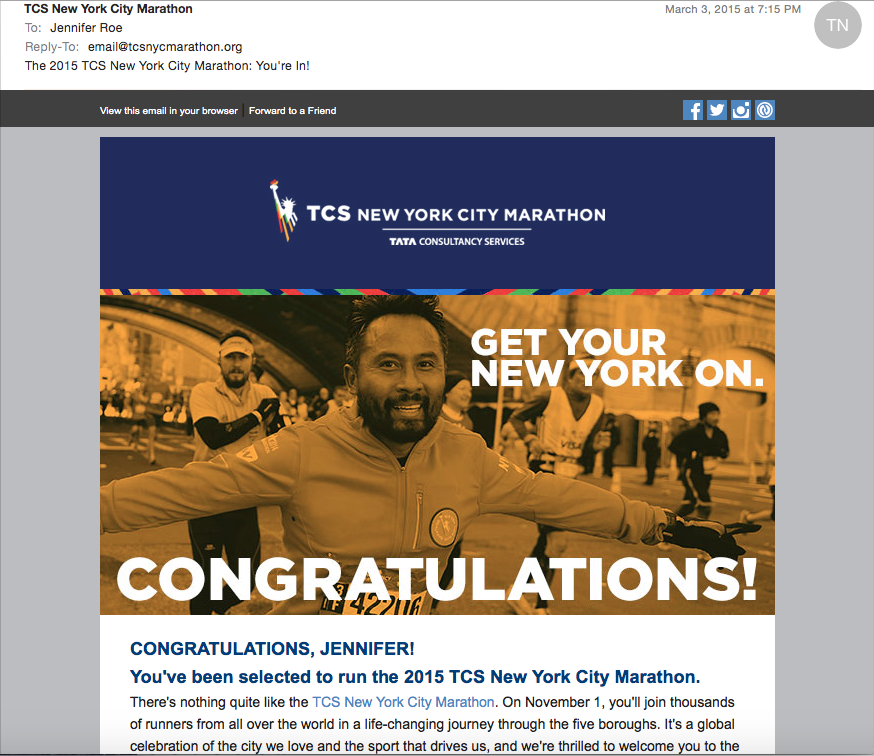 And then to be sure I rushed to my NYRR account and there was this:

So start spreading the news... I'm running NYC, baby, and I couldn't be happier.